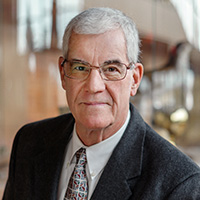 Sport is very much in the vanguard of addressing injustice and racial prejudice. Sports events have increasingly become gatherings used to showcase personal, political and organizational commitments on behalf of those goals. During recent years I have become aware that, in various instances, sports officials working such events joined in the presentations. So, what we are witnessing today is not new. It is becoming more prevalent.

With the tenor of the times, I am being asked about how sports officials should conduct themselves in the above situations. Obviously, the sport, the level, the dictates handed down, the actions by players and teams – all are factors that will affect what course of action we may or may not take.

Permit me some observations and opinions:

2. When competitors and team personnel show such support, the question becomes: Should officials join in? Can we align ourselves with competitors in favor of a cause and not harm the perception of our impartiality toward those who did not join in, or vice-versa?

3. I think we can. That is the shortest answer I can give. Yet, the force of social pressure and of personal belief about injustices can weigh heavily on my short answer, especially when what we do is on a very public stage. Some will want to believe we are biased one way or the other. But we know what they don’t: That we can express a belief and not have that belief affect our officiating decisions. We remain steadfastly impartial to the game. That is our calling.

4. Should we join in? If we want to show support for a cause being advocated by the competitors on hand, then we have the right to do so. Do that though, with an understanding that displaying personal beliefs while on duty is precious capital, not to be squandered.

5. Ideas have consequences! I think we have the opportunity to surmount the above challenges through actions based on the following beliefs:

a. To kneel, stand, salute, put hand over heart – these are individual choices made within a free society. Sports officials do not have such choices expropriated from them simply because they are serving as officials.

b. An organization should resist mandating how an individual official or crew of officials should or should not act in these pregame public situations. Note: for officials that are employees, their respective collective-bargaining agreements most likely have provisions covering such matters.

c. Conduct ourselves in a way that proclaims respect for each official on the assignment with us. Some may choose to show support for a cause by kneeling, for example, while others may choose not to. Supporting the cause of justice and human rights takes many forms. An officiating crew can serve as a microcosm of those forms.

d. Respecting each other means having the capacity to accept that not all of us will present our beliefs in the same way. To kneel, stand, salute or put hand over heart during the playing of the national anthem – each such display is to be honored without criticism.

e. It is the responsibility of the “crew chief” or leader of the crew to ensure questions about crew cohesion and “optics” are addressed thoughtfully and in a timely manner. Choose a good optic over a bad optic. The crew should have the topic as an agenda item for its pregame meeting.

f. It must become accepted practice that the manner in which an official displays a viewpoint while fulfilling officiating duties will not have a negative effect on the opportunities or career path for that official.

In closing, those with topmost authority over the game have the responsibility to describe how they want that game to look and what goals are to be served. If cause-related activities become part and parcel in the game environment in which we officiate, then it will be incumbent upon us to accept that evolving reality.

It is also incumbent upon us to thoughtfully present ourselves as individual officials and as a crew of officials in a manner that does not detract from the core duties we have: To ensure the game is played by the rules, while emphasizing fairness and safety and doing so in a manner that enhances the stature of sports officiating.