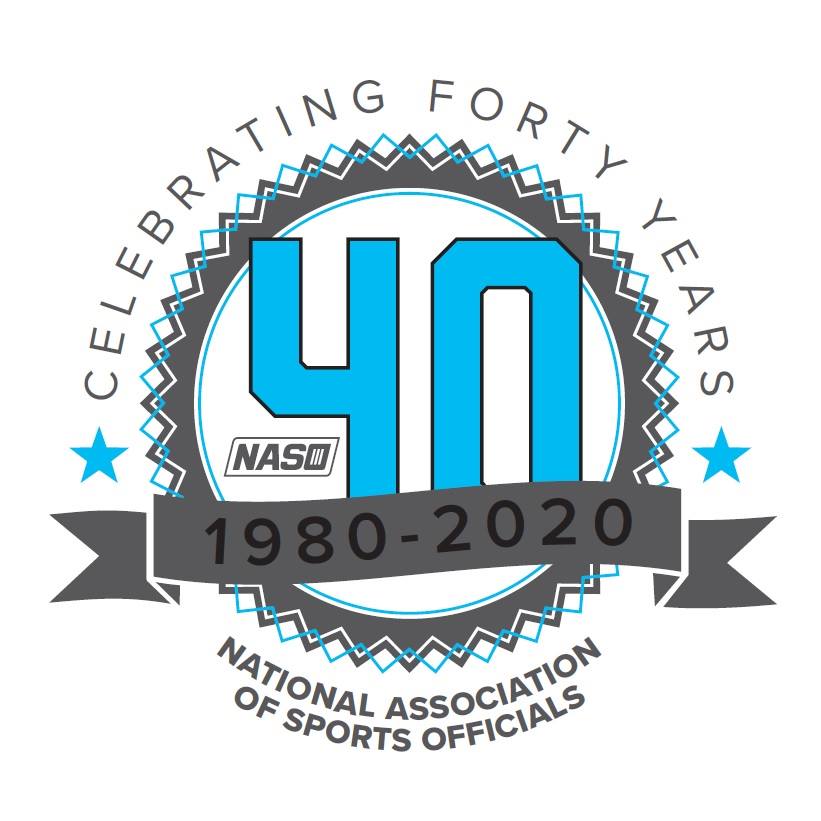 Comparing 1980 to 2020, it may seem like a completely different time period for some. Others might believe it only feels like five years. Nonetheless, 40 years ago, NASO was founded in an effort to give a national voice for sports officials across the country. Local needs were being met with local associations, but more was needed. Nowhere did a national body focusing only on sports officials exist.

Referee publisher Barry Mano recognized the need and gathered officiating leaders to assist in creating the organization. Today NASO leads the industry in providing premier officiating insurance and education benefits, creating alliances and serving as a voice for officials nationally. It has grown into the foremost advocate for officials and officiating.

Referee magazine is marking NASO’s 40th anniversary this month with special coverage — including a feature and interview about NASO’s history and a timeline highlighting milestones.

Some of the brightest minds in officiating have had a chance to help steer the course for NASO. For example, more than 100 different individuals have rotated terms on and off NASO’s board of directors since 1980. So, here we want to focus on that team effort and hear from some of the contributors, including former board members Ronnie Carter (2003-07), Don Collins (2009-13), Terry Gregson (2015-19), Jeff Triplette (2011-14) and Debbie Williamson (2015-19). All brought experience from different organizations and officiating-related businesses. Additionally, Ron Foxcroft — NASO’s second-longest serving board member next to Mano as NASO president — served on the board from 1992-1997 and again from 1999-2003 and continues to serve as the board’s special adviser, a role he has held since 2003.

“When Mr. Mano founded NASO I said to myself, ‘This is the greatest opportunity to get all kinds of knowledge, information and relationships, and still get the amazing benefit of receiving Referee magazine,’” said Foxcroft, chairman, founder and CEO of Fox 40 International. “I would tell all my partners two things: The best information you can get is in the locker room listening to your partners. And I would not officiate without being a member of NASO. It’s as vital as your whistle.”

The all sports, all levels approach of NASO has combined many facets of officiating to focus on the same goal.

“Anytime you’re dealing with playing rules you’ve got to have people administering those rules,” said Carter, former executive director of the Tennessee Secondary School Athletic Association. “All of a sudden, the world of officiating gets big, and then here sits this high school level, college level, professional level, and NASO becomes one of those great opportunities that bridges those gaps in bringing top people in all those levels together.”

Gregson, a retired NHL referee and former NHL director of officiating, echoed the sentiment while also saying he made many great relationships through NASO.

“So often, you get working in your own little bubble and you think you’re the only one with problems, but then when you get to a group like NASO, you start talking to people from all other sports,” Gregson said. “I also found that there were times when I was sitting in my office wondering how to approach something. I could call somebody that I had met at NASO and ask them how they would handle (the problem).

Collins worked in concert on the NASO board bringing experience as commissioner of the California Interscholastic Federation’s San Francisco region coupled with his own officiating in basketball and track and field.

“Being on the NASO board in general helps you have a sense of what is happening, isn’t happening, could be and should be happening with officiating in general,” Collins said.

Altogether, NASO board members were able to bring ideas to the table while also improving their own organizations.

“And yet through their servant leadership, they’ve become examples for what this business is really about and should be about,” Williamson said.
But what about a national gathering of officiating minds? The NASO Sports Officiating Summit — initially beginning as a convention in 1981 — has pulled together officials from across the country and in numerous sports and has had many positives for former NASO board members.

“The Summit became that opportunity for officials to be face-to-face with officials in other states, share their stories and share their experiences,” Carter said. “And then all of a sudden it just becomes this great learning opportunity.”

Also, at NASO’s Summit, key leaders in officiating-related businesses have had opportunities to interact with officials and administrators. Foxcroft and Triplette brought business experience to the board through Fox 40 International and ArbiterSports, respectively.

“I attended every single convention, later named the Summit, and established relationships which led to much more information at these conventions and summits,” Foxcroft said. “That information would’ve been impossible to receive without my membership in NASO.”

“My experience at ArbiterSports pretty much dovetailed with a lot of the things that NASO was trying to do, which was educate and keep all officials at all levels and all sports informed,” said Triplette, who now serves as executive chair at ArbiterSports.

Through its award programs, NASO has celebrated individuals in officiating with the Gold Whistle Award, Mel Narol Medallion, Great Call Award and the recently created Inspire Award. Fox 40 International was the charter sponsor of the Gold Whistle Award in 1988 and has been a presenting sponsor since.

Overall, many have played a role in steering NASO, and altogether, NASO’s membership continues to stand strong.