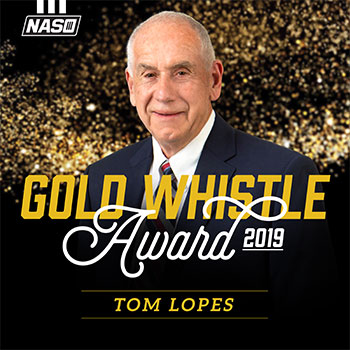 RACINE, Wis. — Tom Lopes, Ocean Pines, Md., former NCAA Division I men’s college basketball official and currently the executive director of the International Association of Approved Basketball Officials (IAABO), will receive the 2019 Gold Whistle Award, presented by the National Association of Sports Officials (NASO). The award, the highest honor in officiating, will be presented in Spokane, Wash., on Tuesday, July 30, during the Celebrate Officiating Gala, sponsored by Fox 40 International, which caps the 2019 Sports Officiating Summit.

NASO President Barry Mano said Lopes’ “leadership in training basketball officials has set an especially high bar for our industry. He’s taken many of the best teaching methods and established continuous training for officials from their rookie year through high school.”

Lopes, 76, officiated college basketball for 40 years (35 at the D-I level), including 20 consecutive NCAA tournaments and three Final Fours. His received the Naismith College Official of the Year Award in 1997. He also served as supervisor of men’s basketball officials for the Northeast Conference 2007-2014.

“I was shocked when I found out about the Gold Whistle Award,” Lopes said. “I never thought I would be considered for it. My background as an educator helped me both on and off the floor. Hopefully I’ve made a difference in the training of officials.”

Lopes served for 39 years as a teacher, guidance counselor, principal and assistant principal all with the Keansburg, N.J., School District, culminating in his position as superintendent from 1995-1996. He put his educator background to good use at IAABO.

“There have been a lot of training changes since I become executive director of IAABO. We’ve added digital, PowerPoints, video and video casebooks to create continuous training by topic. We’ve taken the best teaching methods available and share them as widely as possible. We send what we develop to our IAABO interpreters to share with their boards, and that ensures consistency of our messages.”

“Tom Lopes is an exceptional leader, whose communication and management skills are unmatched,” said Donnie Eppley, IAABO associate executive director. “During his time as the executive director of IAABO, he has reestablished relationships with several key organizations, such as NASO, REI, NFHS, FIBA and the NCAA. Tom has continued to push IAABO forward in all areas, including technology and fiscal management. When he is in a room, he is in command and makes everyone feel at ease. My only wish is that he would serve another 10 years and we could retire together.””

The Gold Whistle Award is presented annually by NASO. Those considered are individuals or groups that have made significant contributions to the betterment of officiating, exhibit a high degree of integrity and ethics and other qualities that are held in high regard by the industry. Candidates must have a consistent record of presenting officiating in a positive light as well as exhibiting a “service above self” attitude. Public service to officiating, having a motivating effect on others and/or strong community involvement are considered.

Fox 40 International is the premier producer of officiating whistles. The complete line of Fox 40 products includes whistles for all uses, whistle attachments, Fox 40 gear, pro coaching boards, mouthguards and marine & outdoor products. Fox 40 continues to invest in new technology, designs and machinery, resulting in many new products being launched each year. Fox 40 has sponsored the Celebrate Officiating gala and the Gold Whistle Award for more than two decades. 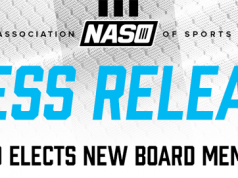 Taking Care Of Our Own 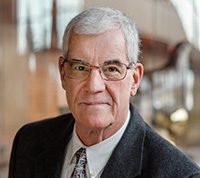